8 things to consider before issuing a lawsuit 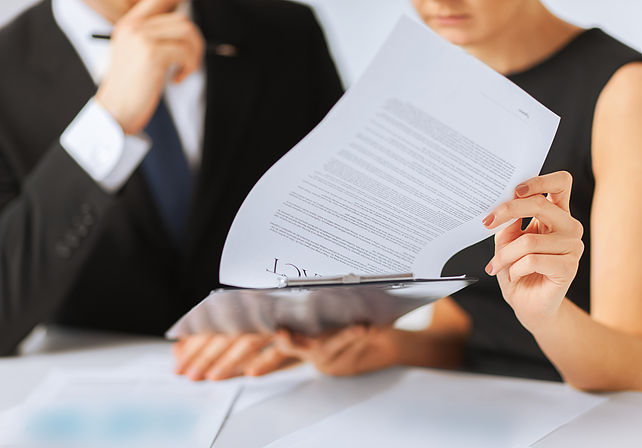 Filing a lawsuit is both time consuming and can be fairly expensive depending on the totality of circumstances. It is a wise decision to consider exactly what you are getting yourself or business into by bringing a cause of action against an individual or business entity.

A few things to consider are as follows:

1. What causes of action or legal claims to file against the other party;

2. Possible defenses (both legal and factual) that the opposing party may assert against you;

3. What type of evidence to collect to support your legal claims and request for relief;

4. What type of witnesses can help your credibility and support your claims for legal relief;

5. Whether the opposing party might sue back in the form of a counterclaim or countersuit;

6. Evaluate your chances of winning;

7. Determine the reasons why you are considering filing suit in the first place;

8. Alternatives to filing suit, i.e., settlement or mediation; and

9 The time involved in the process of filing a lawsuit, plus the costs and stresses of litigation.

After you consider the issues mentioned above; weigh the pros and cons; and decide to pursue legal action against an opposing party, feel free to contact our office. We are happy to help!

April R. Martindale is the owner/managing partner of Martindale Law, a law practice located in Broward County, Florida where she focuses on Contract Law, Intellectual Property and Business Law. April is licensed to practice law in the State of Florida and the U.S. District Court, Southern District of Florida. Ms. Martindale earned her Bachelors of Science undergraduate degree from Florida Metropolitan University, where she graduated magna cum laude in Paralegal Studies. In recognition for her efforts, April was on the Dean’s List or President’s List every semester throughout college. April earned a Masters of Business Administration in Management from Strayer University where she graduated summa cum laude, and was inducted into Golden Key International Honor Society, and Alpha Chi National College Honor Society in a period of 11 months. April subsequently earned her law degree from Nova Southeastern University Shepard Broad College of Law and was chosen by her peers and professors as the December 2015 Graduate Reception Speaker. Throughout law school, April served as treasurer for the Evening Law Student Association and participated in educating 1L’s and 2L’s about the pitfalls to avoid in law school and the tools necessary to succeed. April is a current member of the Florida Bar, Broward County Bar Association, American Bar Association, South Palm Beach County Bar Association and Gwen S. Cherry Bar Association, IP Law Association of Florida (IPLAF), Florida Association of Women Lawyers and ASCAP-American Society of Composers, Authors and Publishers. In addition to practicing law, April is also a co-founder and managing member and director of a 501(c)(3) non-profit organization, New York Wins, Incorporated, headquartered in the city where she was born and raised. New York Wins, Inc. is designed to provide charitable and educational resources that train the mindset of the younger generation to engage with purpose, organize with passion, and contribute to the well-being of their communities, while learning the prerequisites of becoming socially responsible and progressive citizens. April is also a committee member of the Mom’s in Law School program under the Children’s First Foundation, a 501 (c)(3) non-profit organization located in South Florida. The Moms in Law School program will provide scholarships to single moms in Florida law schools to help pay for tuition, books, living expenses, and child care as they improve their lifestyle to benefit their children. Ms. Martindale went through law school as a single divorced mother of three amazing children and came out shining more than ever with her passion and determination. She became involved in the organization with the goal of inspiring and encouraging other similarly situated single mothers. In March 2018, Ms. Martindale appeared as a guest lecturer at Georgia State University’s Alpharetta Campus where she taught students about the intersection of law and mental health. She strives to educate the youth and society on the issues affecting the world and what steps we as individuals and businesses can take to promote positive and effective change. In August 2018, April participated as a panel speaker alongside the Honorable Judge Robert Diaz at the Nova Southeastern University Shepard Broad College of Law introduction to legal Professionalism and Ethics Program (PEP) where she gave practical advice and words of wisdom to incoming law students about the concepts of professionalism and professional identity; focusing on the need for law students and lawyers to go beyond merely following the rules. In October 2018, April was a featured guest motivational speaker at the Leaders Recognizing Leaders Conference in Fort Lauderdale where she challenged youth and young adults aged 15-25 years on how to be leaders and young diplomats to reshape their mindsets for community service, educational development, and global communication in local, national, and international communities. In March 2019, Ms. Martindale appeared once again as a guest speaker at Georgia State University’s Perimeter Campus where she educated the students about the intersection of mental health and law. April has lectured at her alma mater, NSU Law in April of 2019 and 2020 about the challenges of overcoming adversity and obstacles to become an owner and managing partner of her own firm, Martindale Law. Ms. Martindale has since received positive feedback from students who advised that her story of courage and determination inspired them to not give up regardless of how many obstacles they may face. April finds a way to actively balance single parenthood, educational commitments, professional obligations, and personal responsibilities and commitments. April lives in Coral Springs and is a single-divorced parent of three children, Jada (19), Jalen (16), and Jordan (10), and their beloved shih tzu dog, Prince.

Please fill out the form below and one of our attorneys will contact you.

Martindale Law is located in Sunrise, FL and serves clients in and around Hollywood, Fort Lauderdale, Dania, Pompano Beach and Broward County.

Attorney Advertising. This website is designed for general information only. The information presented at this site should not be construed to be formal legal advice nor the formation of a lawyer/client relationship.